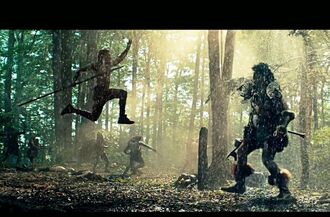 This week's review for "Treasure of the Sun," aka "The Madness of King Sweeney." Just as a warning, I'm going to be invoking New Media and using a lot of emojis. 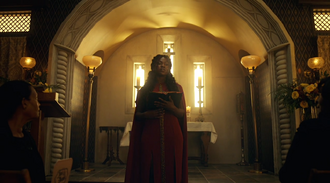 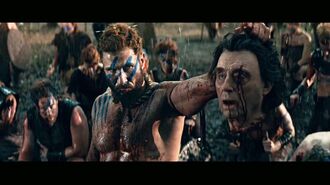 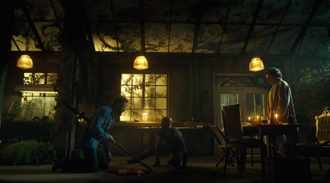 In the novel, Sweeney dies of cold and alcohol and accuses Shadow of killing him (for giving him the $20 he spent on his "ticket outta here"). Shadow doesn't bear the guilt, however, because he knows it was Sweeney's own doing. That was the same feeling I got from this episode even though Shadow had a much more prominent hand in Sweeney's death than he did in the novel. In both scenarios, it's presented as if Sweeney was committing suicide by Shadow. I prefer this ending better because Sweeney finally got his battle to die in and earned his redemption for being a coward. Plus, it might give Shadow some angst to bring with him into next season (just don't turn it into wangst).

Is Sweeney gone for good?

I'll be honest that I'm not as torn up about his death as I should be because I truly hope he's not gone for good. Am I in denial? Maybe. I wouldn't mind him coming back and haunting Laura's dead ass next season but from interviews, it sounds like Pablo isn't coming back as a regular next season. I'd still settle for a guest/surprise appearance(s). Maybe Sweeney can be our gateway into the Hall of Forgotten Gods? Or back into the Underworld if Chris Obi/Jacquel doesn't ever return?

These last few episodes have been overall excellent and this episode in particular might be the best yet of this season. Grade: 97%

Retrieved from "https://americangods.fandom.com/wiki/User_blog:Skyzy/Treasure_of_the_Sun_Review?oldid=13379"
Community content is available under CC-BY-SA unless otherwise noted.