American Gods Wiki
Register
Don't have an account?
Sign In
Advertisement
in: New Gods, Characters, A to Z

The New Gods, also called "modern gods" or the "gods of progress", are the gods that currently dominate America and modern society, born due to the fall of the Old Gods.

Just like the Old Gods, the New Gods are born of belief and worship. However, unlike them, they do not obtain it through religions and mythologies: they rather use alternate, modern, often unconscious ways, such as urban legends, conspiracy theories, everyday rituals, accidents and murders (the latter considered as "blood sacrifice").

The existence of the New Gods seems to be caused by the special relationship between the North American land and divinities. Contrary to the Old Gods, the New Gods were not brought over from another continent or culture, and they only started manifesting when the worship and religion of the Old Gods faded away, their very existence filling a "faith gap".

One of the common traits of the New Gods is their pride and arrogance, their feeling of superiority towards the Old Gods caused by the fact that they are the current "ruling power" of America. They disdain everything deemed old, outdated or forgotten, and are obsessed with modernity, trends and upgrades. As Mr. Wednesday describes them: "Proud gods, fat and foolish creatures, puffed up with their own newness and importance".

Yet the New Gods are also weaker than the Old Gods in the sense that they "fade" much faster than the ancient deities and have shorter lifespans: they lose power as soon as humanity becomes uninterested in their concepts, or as soon as what they represent becomes "obsolete" and is replaced by something newer or more efficient. As Shadow explains in the novel: "There was arrogance to the new ones. [...] But there was also a fear. They were afraid that unless they kept pace with a changing world, unless they remade and redrew and rebuilt the world in their image, their time would already be over.". 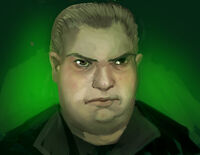 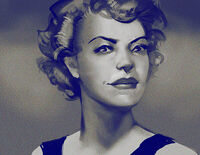 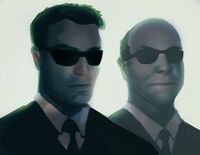 Several passages in the novel refer to the New Gods without explicitely describing their members:

The New Gods of the television series are much more powerful than their novel counterparts, due to the evolution of "modernity" between 2000 and 2017. They are also less numerous: instead of the new gods being organized into groups like in the novel, each deity is the full, complete and only embodiment of their respective concept. The television series establishes that the new gods keep adapting and "upgrading" themselves to stay relevant and survive into the modern world through a series of reincarnations, metamorphosis and avatars.

It is unknown if there are other new gods outside of these main ones.

Bruce Langley explained that there is an "internal struggle" among the new gods, because while they all share an agenda, each one has his or her own motivations. [1]. He also described the new gods as constantly doubling down each other in hope to get more worship: as for all gods, they were made to be worshiped and thus are separate and alone. The new gods even lack what unites the old gods together, "the solidarity of being screwed up". They cannot have the "laid-back" attitude of the old gods because they are constantly alert and aware, aware that they can be replaced and need to stay relevant, since in their world "irrelevance means death". [2]

Allies of the New Gods[]

In the television series, the New Gods are able to "upgrade" the Old Gods by making bargains and deals with them, offering them the power, technology or mediatic influence needed to adapt themselves to the modern world and survive as "new" gods. 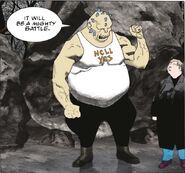 The thing with blades in his head 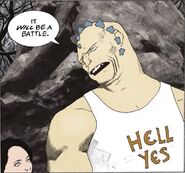 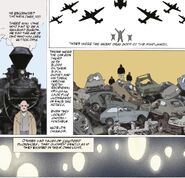